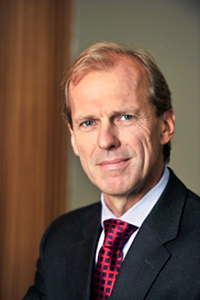 Allard Castelein is Vice President of Environment for Shell, where he is responsible for strategy, standards, controls and strategic partnerships and leading the Environment function.  He joined the company in The Netherlands in 1987, first holding positions in Trading, Sales and Marketing. Beginning in 1992, he relocated with the company to Malaysia, Hong Kong, Saudi Arabia and the United Kingdom, working in various roles from Marketing and Planning Consultancy to Business Development and General Management. Mr. Castelein returned to The Netherlands in 2002 to join the Executive Board of the Nederlandse Aardolie Maatschappij, a Shell-Exxon joint venture. In 2003 he became Commercial Manager for Shell's European Upstream business, where he led a major reorganization and change management program. He has been the Vice President for Environment since mid-2009.

Born in Rotterdam, The Netherlands in 1958, Allard graduated in medicine at Erasmus University. He holds non-executive and advisory positions with the World Environment Center, the International Petroleum Industry Environmental Conservation Association, the X Prize foundation and The Netherlands 2028 Olympic bid.

If you are an individual attendee, register here.

If you are a 2012 Forum Sponsor, please register here.