Home
Go back to the full list of speakers 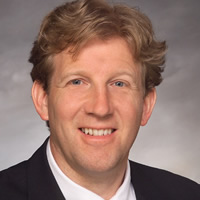 Lloyd Visser was appointed Vice President, Environment and Sustainable Development in January 2009. Prior to this he served as General Manager, Environment and Stakeholder Engagement for ConocoPhillips Canada. He began his career working on development projects in the West Indies, establishing soil-testing laboratories, conducting crop trials and training extension workers. Beginning in 1990 he consulted on a wide range of environmental assessment, planning and regulatory permitting projects within Canada and internationally. In 2000, Mr. Visser joined Gulf Canada, which was later acquired by ConocoPhillips.

During his time with the company, he has secured the regulatory approvals for a large-scale oil sands project and directed the HSE & SD due-diligence process for various acquisitions, including the formation of the FCCL Partnership with EnCana. Mr. Visser currently manages teams of environmental, regulatory and stakeholder engagement professionals embedded with business teams in conventional, oil sands and arctic frontiers in support of sustainable development planning and gaining access to energy resources. He recently directed the completion of an in-depth sustainable development report that established a baseline, commitments and tracking for key issues associated with ConocoPhillips Canada's business.